The History Of The Jobe’s Company

The story of The Jobe’s Company goes back to 1969 with the invention of the very first Jobe’s houseplant spike. Throughout the 1970s and 80s, Jobe’s introduced new products for trees and shrubs and vegetables, and the company’s market share soared. 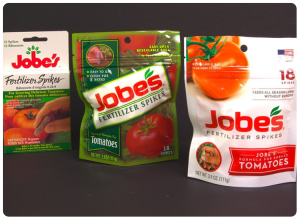 Meanwhile, on a parallel track, a company called Easy Gardener® started in 1983. The company’s focus was clear – to create effective gardening products that saved time and work. The first of many Easy Gardener® products was WeedBlock landscape fabric. Over the years, Easy Gardener® grew by launching its own new product lines as well as through a series of acquisitions with other companies specializing in garden products.

In 1996, the paths of Jobe’s and Easy Gardener® merged when Easy Gardener® acquired the Jobe’s® and Ross® brands. And, in 2007, the company launched a new line of sustainable products under the brand Jobe’s Organics®.

In 2015, Centre Lane Partners acquired Easy Gardener®, setting the company on a forward-looking path with its best-known brand at the forefront. Early in 2016, the company announced a new corporate name. Easy Gardener® had become The Jobe’s Company, and the company focused on expanding its market share in natural and organic garden and lawn products.