The Buzz Behind “Organic” 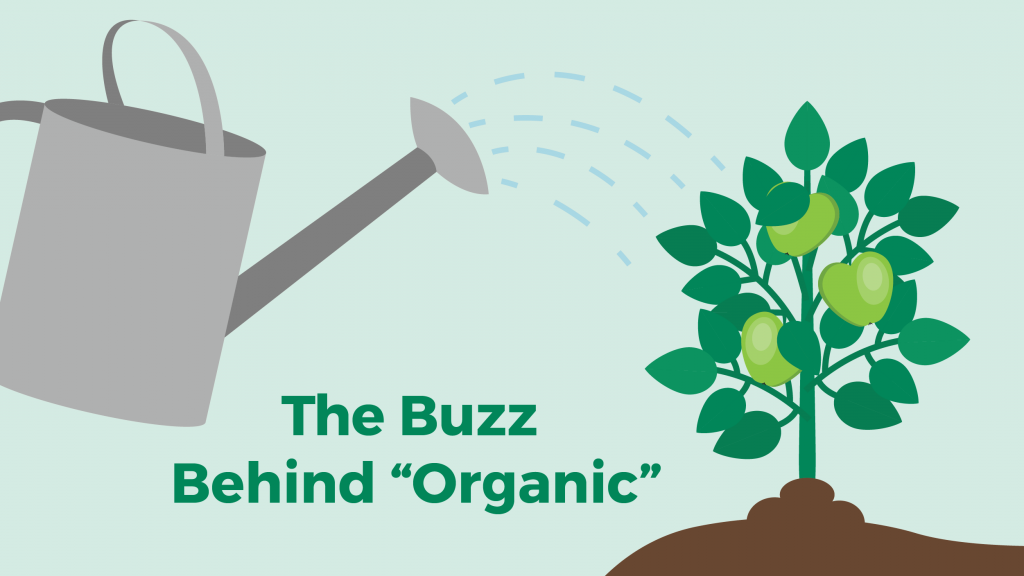 As if it was the next big thing in fashion, or a new hairstyle, “organic” is trending. You’ve likely seen the hashtag #organic while scrolling through Twitter, Instagram, or Facebook, and you may have even used the “superfoods” sticker for your daily matcha latte Snap. More and more publishers are writing about the benefits of going paraben-free or restricting processed foods. But is the organic trend just that – a trend? Let’s take a deep dive on why “organic” is popular, and if it will last.

This industry is growing, and we don’t mean just the plants. The Organic Trade Association (OTA) reported $47 billion worth of organic sales in the U.S. last year, noting a steady growth rate of over eight percent. And while the OTA states that 82.3 percent of Americans report having purchased an organic product, the organic industry hasn’t always done so well. The “Great Recession” of 2008 hit this industry particularly hard. While almost every business saw a decline in growth, organic products were seen as a luxury to consumers at the time – one that many couldn’t afford. But while the recession hindered the industry at the time, it also set it up for future success.

The driving force behind organic’s new resurgence, according to the OTA, are the 75 million millennials investing in these products. One of the major defining events in millennials’ lives was the recession. As adolescents and young adults during this time, they learned the fragility of wealth. So, they learned to take care of what they had. Organic products offer a solution to take care of their most basic asset – their body. 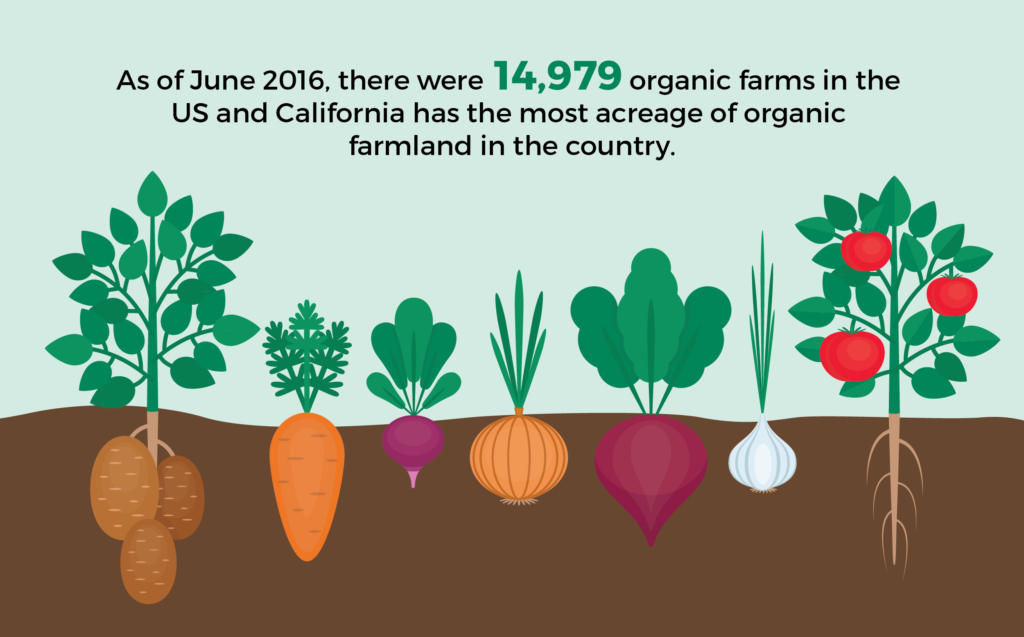 Last year, market research company, Mercaris, found that the number of certified organic farms was almost 15,000. Most of these farms (about 95 percent) planned on maintaining or increasing production levels. And even on a smaller scale, individuals are planting their own organic gardens to supplement their typical grocery store visits. The organic trend is spreading like wildfire from celebrities to the wellness-minded public. Why is that?

What’s Health Got to Do with It?

Amid recent food scares (think: carbon monoxide-treated meats), there has been a high level of food source distrust. Because of this, people have been more often turning to organic foods. While it is true that organic farms aren’t immune to bacterial outbreaks like E.coli or Salmonella, they do submit to higher regulations. For example, they must maintain a farm plan that details its methods, including the use of fertilizer. Furthermore, the National Organic Program of 2000 outlined that raw fertilizers must be composted before they are applied to cropland, a practice which is known to greatly reduce the incidence of bacterial scares.

In addition to feeling more confident regarding food sources, organic food has been argued to contain more nutrients. While this theory is contested, it’s widely accepted that organic foods have reportedly less pesticide residue and are antibiotic-free. Exposure to pesticides can cause adverse health effects that vary depending on the type and amount. Organic pesticides are available for farmers, but they are usually less toxic and biodegrade quickly, leaving less residue.

Meanwhile, the consumption of antibiotics represents a significant danger for “superbugs.” Bacteria are smart, adaptable organisms, and could become antibiotic-resistant. While penicillin and other antibiotics are very important for medical purposes, ingesting those used in animals and meat could increase your likelihood to develop antibiotic resistance which decreases the future effectiveness of these medicines. In fact, almost all antibiotics used for animal agriculture are identical to those used for humans. It’s like drinking a tiny bit of poison each day to become immune to its effects; except the poison is conventionally thought to be good (antibiotics) and the bacteria are becoming immune, not you. By making the switch to organic products, specifically meat, you can avoid unnecessary contact with antibiotics.

Environmental concerns are also a major factor for the rise in the organic trend. As with personal wellness, an upturned economy following the Great Recession has led to more emphasis on sustainability and environmental awareness – and millennials have been leading the charge as of late.

Conventional farming practices use pesticides to protect their crops. However, this can cause severe ecological damages.

Organic farming actually has the opposite effect. Because these factors are incredibly important for output in organic farming, preservation techniques are stressed, minimizing environmental damage.

Because organic farming doesn’t rely on harsh antibiotics, genetically modified organisms (GMOs), or growth hormones, their animal welfare is usually much better. Some large factory farms have been known to force their livestock into small, barely habitable cages and pump antibiotics and growth hormones into them, with increased profits as the only consideration. In addition to unsanitary living conditions, factory farms can also practice slaughtering tactics that are considered inhumane. Organic farms are legally required to raise animals in clean living conditions, with access to pastures and sunlight and without the use of antibiotics.

Social Media and the Millennial Mindset

While the organic industry existed before millennials’ rise to prominence, much of the industry’s recent success can be attributed to shifting societal values that, in large part, millennials have brought about. Their newfound appreciation of the environment and personal health and wellness has instilled a different mindset regarding products and consumerism.

Social media has provided the perfect outlet for this industry to start trending. The visual nature of organic food and products, the active user demographics, and the fast-paced capacity has created a balance that feeds into the growth. Influencers and social media stars everywhere are touting the benefits of organic products.

Social media and the rise of the internet have also made distributing organic products and information quicker and easier. AcRoss® industries, these new platforms put more power in the hands of the consumer. Their cravings of more knowledge and transparency have fed the organic industry well, which has sought to do that all along.

Join the Cause with Jobe’s Organics

Previously, organic products were met with skepticism and claims of insignificance. But thanks to more research, changing public attitudes, social virality, and a healthy economy, the organic industry is getting its chance to make a positive impact – on the world and your digestive system. From certified organic farms to family gardens, Jobe’s Organics quality products can make growing organic easier and more attainable.